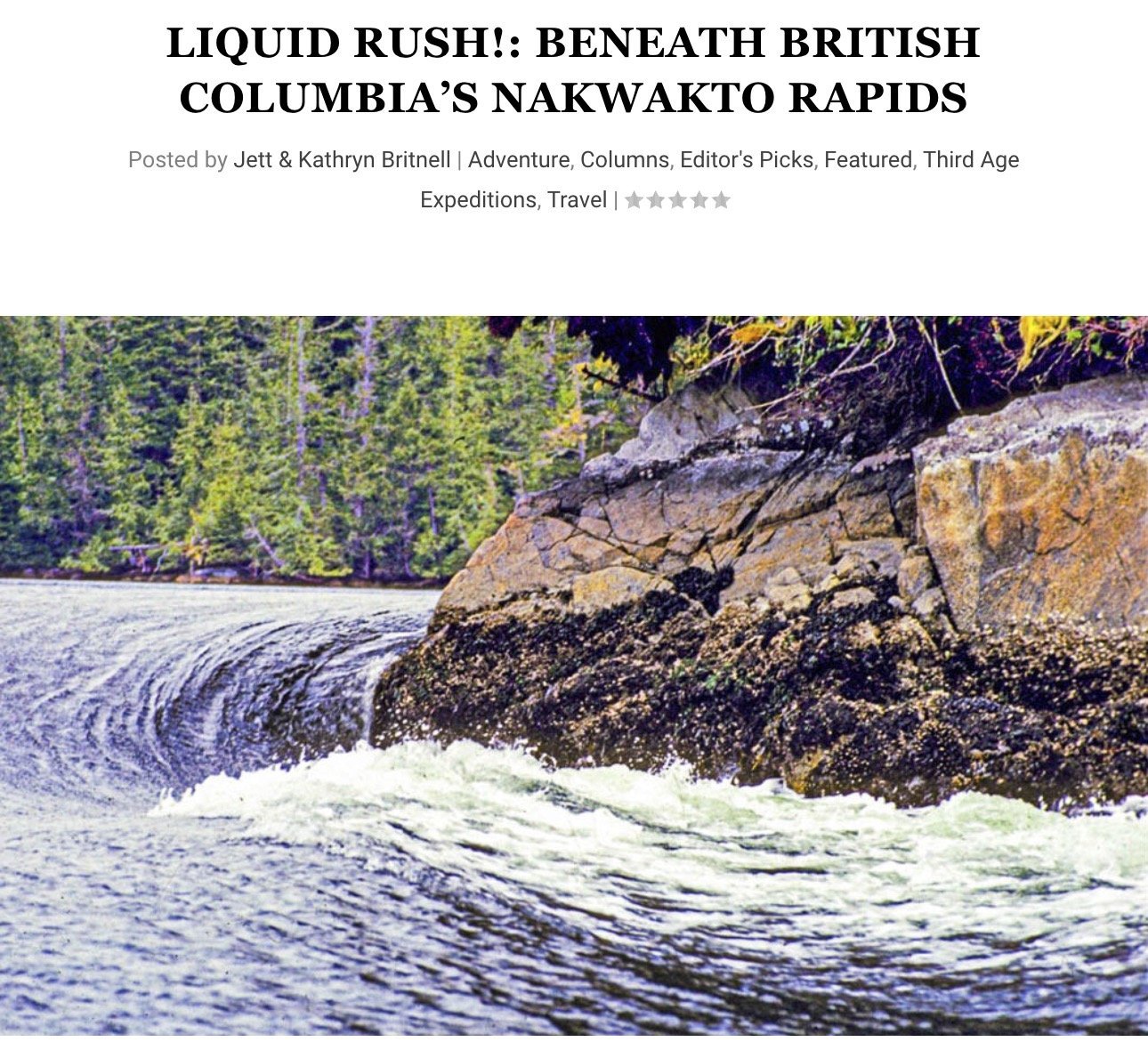 “In recent times, the Guinness Book of World Records once listed Nakwakto Rapids as having “the fastest navigable tidal currents in the world!” – up to 39 kilometers per hour during its largest tidal exchanges! A notorious title Nakwakto Rapids can no longer lay claim to as in recent years the turbulent currents at British Columbia’s Sechelt Rapids were measured as being a tad faster.”

LIFE IN THE FAST LANE