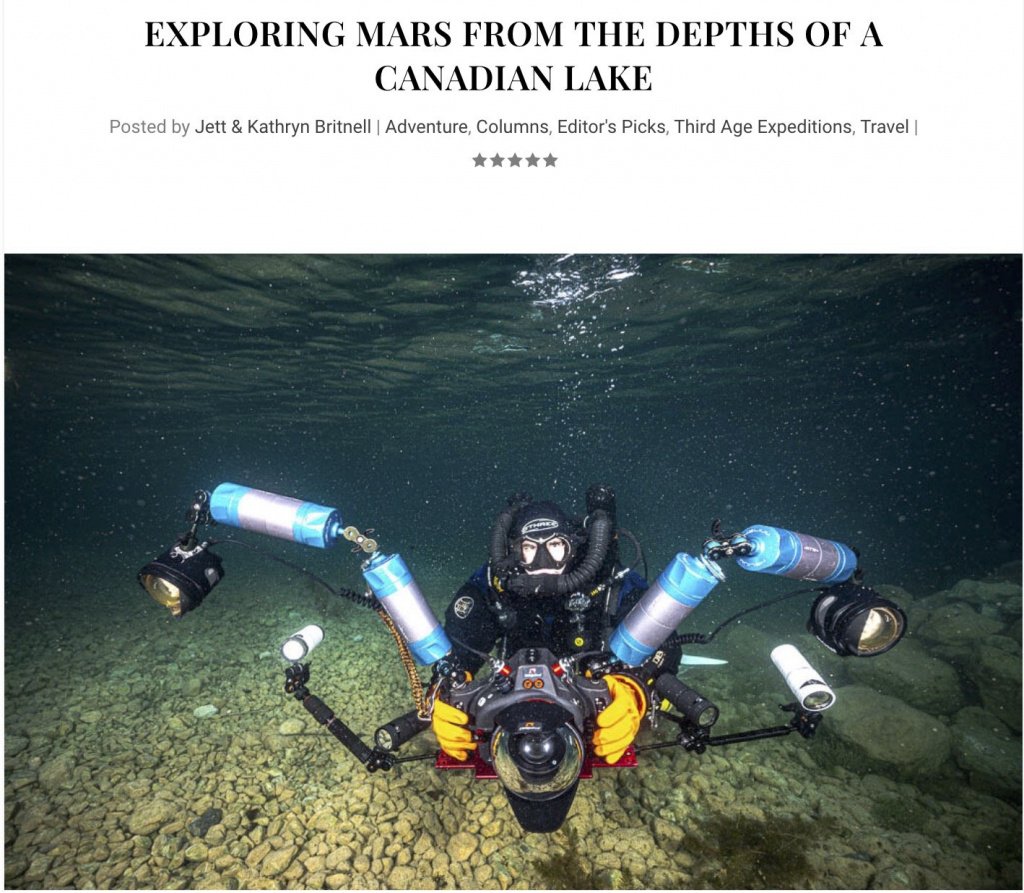 “WOW! You hit another one out of the park! LOVE this piece. From Martini’s to Mars…Jett and Kathryn rock it!”

“Our objective was to explore and photograph the mysterious prehistoric calcareous organisms at the bottom of the lake that many people mistakenly refer to as being freshwater corals. To be exact, these rare formations carpeting the underwater slopes of the lakebed are one of the largest known colonies of freshwater microbialites on Earth. Microbialites are highly diverse microbial communities that represent modern examples of some of our planet’s oldest life forms, stromatolites, which form by accumulating fossilized remains of micro-organisms and other bacterial materials over thousands of years. Pavilion Lake’s microbialites date back 11,000 years, and resemble carbonate rock formations that flourished on Earth approximately 540 million years ago, which makes them one of the oldest living remnants of life.”

Link to the story is: Here 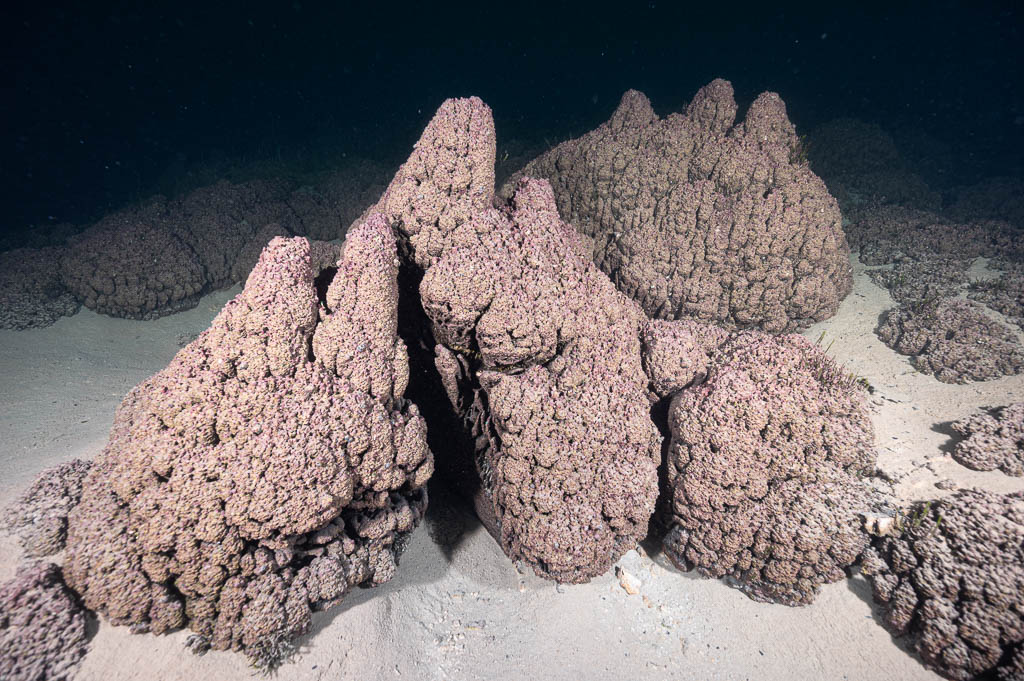