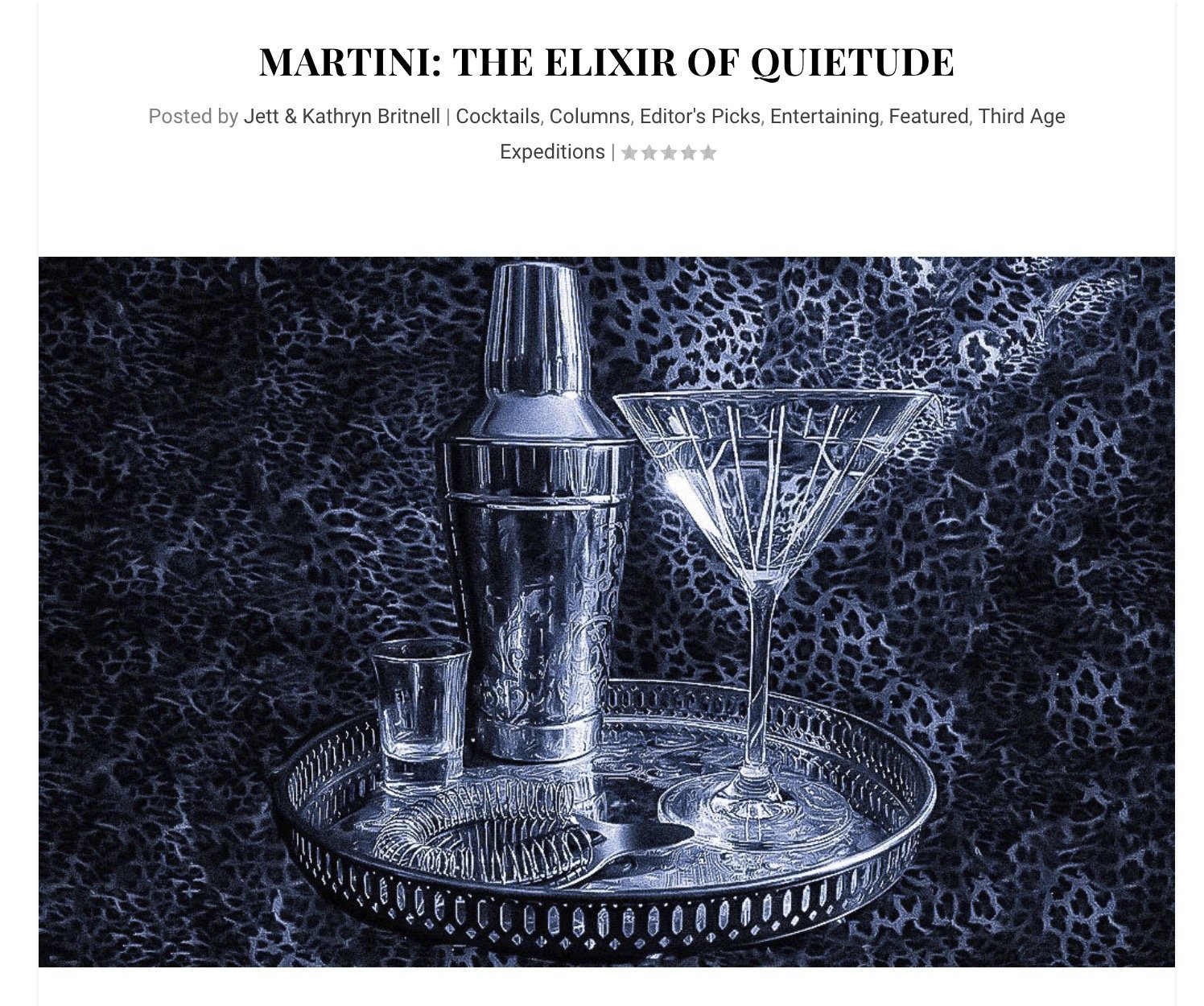 We have earned another “Editors Pick” and feature story!
“Martini aficionados, cocktail connoisseurs, famous actors, chic intellectuals, aristocrats, jet-setters, lounge lizards, gin-soaked barroom queens, and a legion of notorious hard-drinking writers have all waxed poetic about the liquid virtues of the Martini. In its purest form, a clean, simple, quintessential cocktail made from only gin and vermouth elegantly served in a chilled glass. Arguably one of the most iconic alcoholic beverages in the world this classy cocktail doesn’t just speak, it swears. Writer H.L. Mencken lavishly praised the martini as being…“the only American invention as perfect as the sonnet.” There’s no denying the Martinis popularity and longevity since today there are a seemingly infinite variety of contemporary Martini recipes based upon new ingredients along with a resurgence of American Prohibition era martini recipes from the years 1920 through 1933. Even people who never allow alcohol to touch their lips know what a Martini is.”
MARTINI: The Elixir of Quietude, is our magnum opus… chef-d’œuvre… passionate homage praising the Martini cocktail. A departure from our normal subject matter, but something that was already largely written in our soul from experience. This story is heavy on the word count as we included some martini recipes along with historical content. Drinks all around!
Link to story here: MARTINI