It is a distinct honour for both Kathryn and I to announce we are now Ambassadors for Mobby’s the largest dry suit, wetsuit, and marine sports accessories manufacturer in Japan. 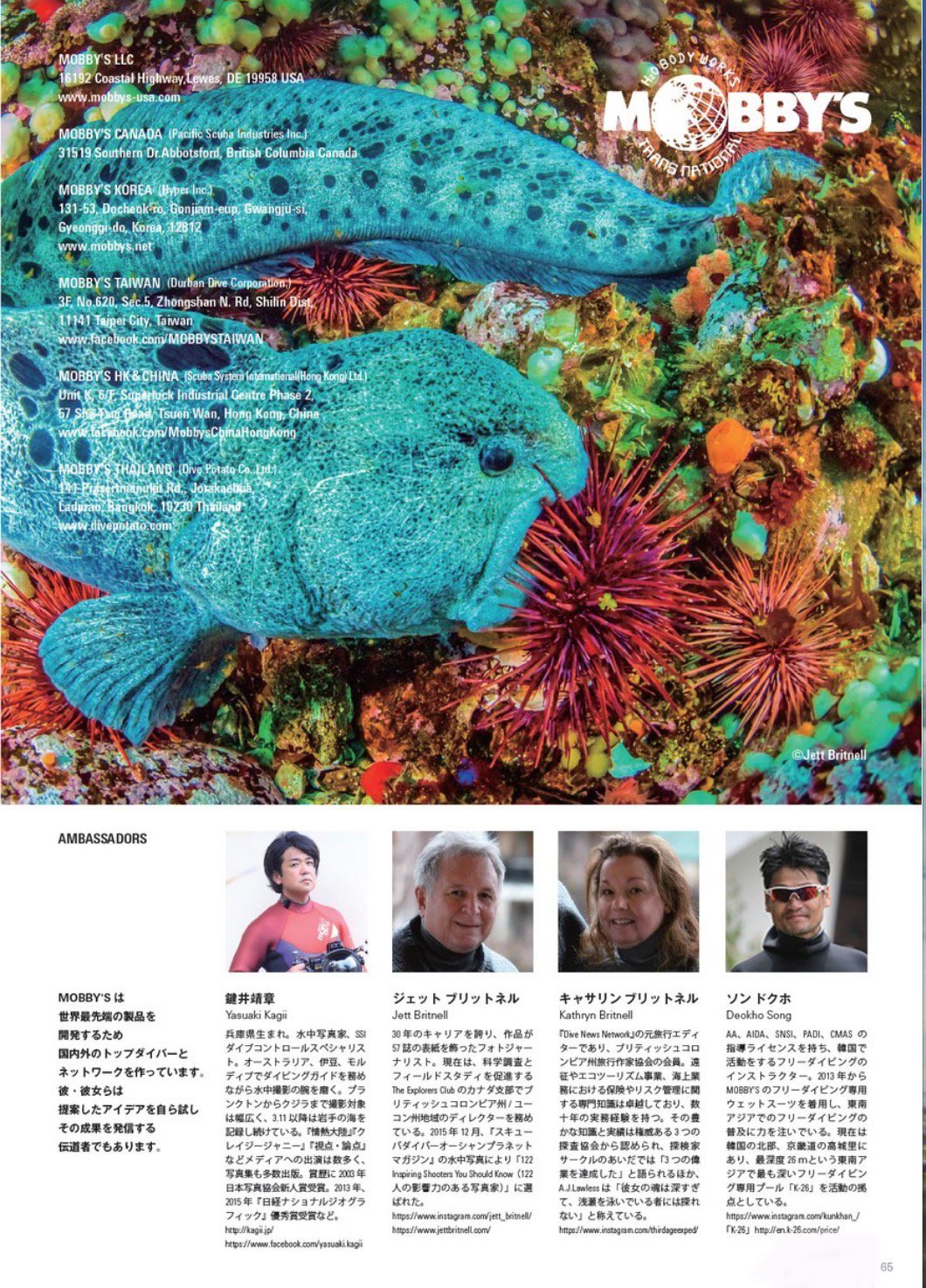 This has been in place for a while. but due to the COVID pandemic some plans were delayed. Now, it’s looking like we will be able to get in the ocean this summer so we can put our Croco Dry FZ drysuits to the test.

Our deepest respect and heartfelt thank you to Mobby’s CEO & President, Mamoru Yasuda san, for the faith he has placed in us. Mr. Yasuda founded Mobby’s in 1963 from his home village of Miyagi, a serene fishing community in Northern Japan’s Sendai district. A legend in the world’s diving community… he is someone whom we hope to have the pleasure to meet in person someday soon. 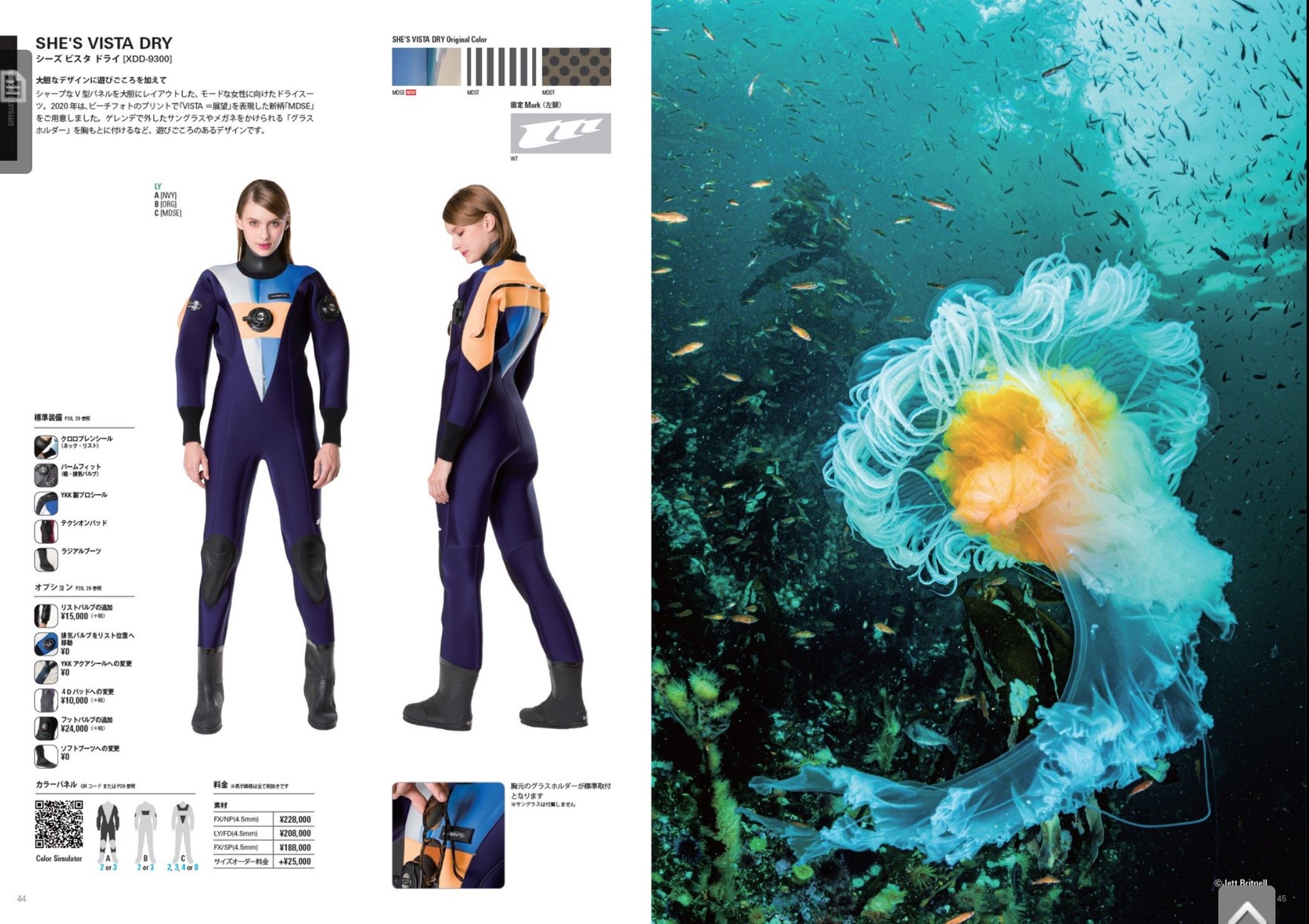 In the meantime, some of our pictures were featured in Mobby’s catalogue which we just love.

Also, many thanks to our friends Michel Joseph and George Klikach for introducing us to Mobby’s and their drysuits! 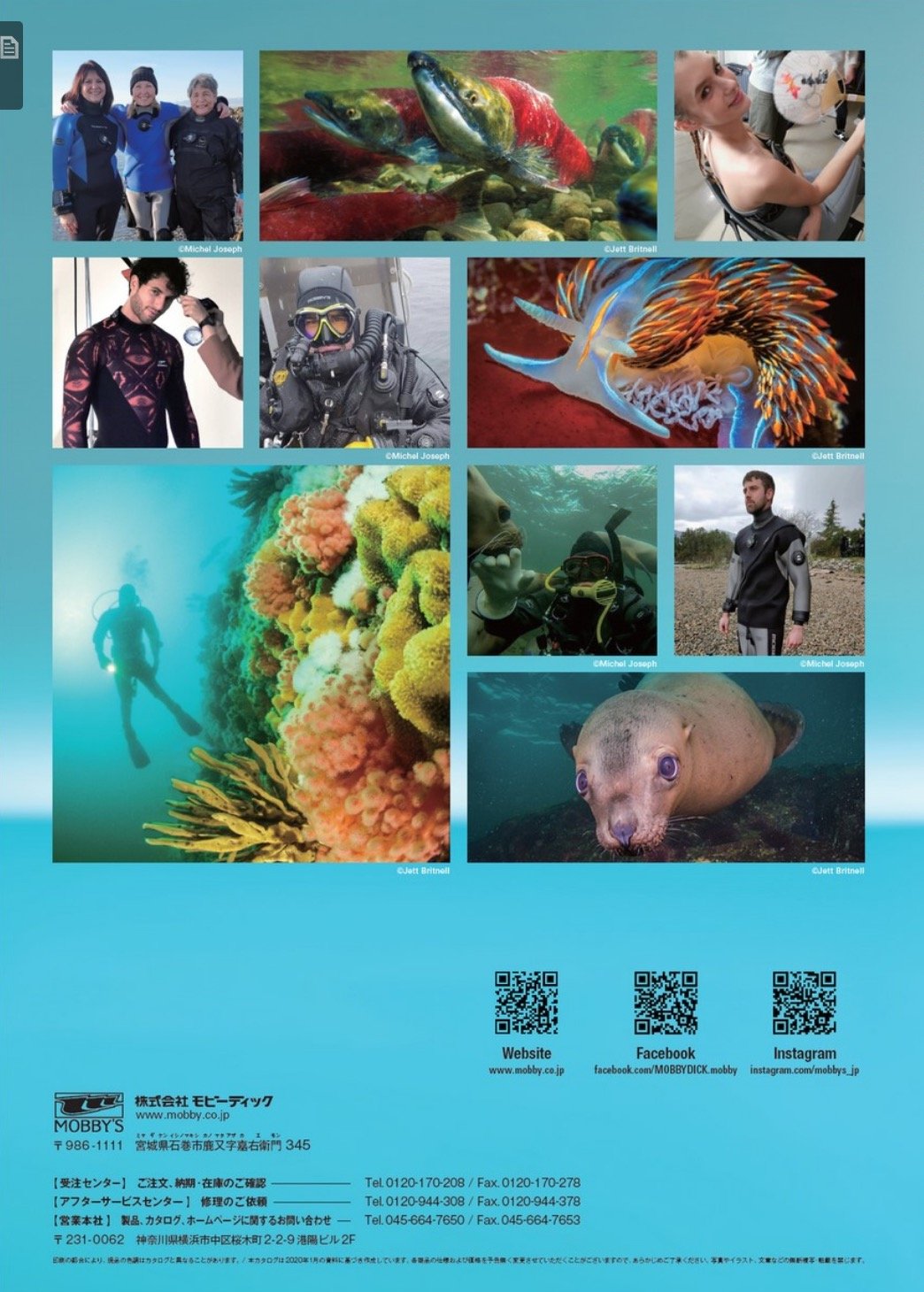