“Raptures of the Deep: Beneath British Columbia’s Emerald Sea”, our latest Third Age Expeditions column for Luxe Beat Magazine, has just been published.

Raptures of the Deep

In his best-selling book, “The Silent World”, Captain Jacques-Yves Cousteau waxed poetically about his intrepid 50-fathom dives into the zone of rapture, that precarious depth where… “divers become like drunken gods”. Cousteau was recounting his early experiences deep diving under the mind-numbing effects of nitrogen narcosis. He described these intoxicating seizures as “l’ivresse des grandes profundeurs” which when translated means “rapture or intoxication, of the great depths”.  “Raptures of the Deep” is an evocative phrase that accurately describes the dizzying underwater grandeur beneath British Columbia’s Emerald Sea. 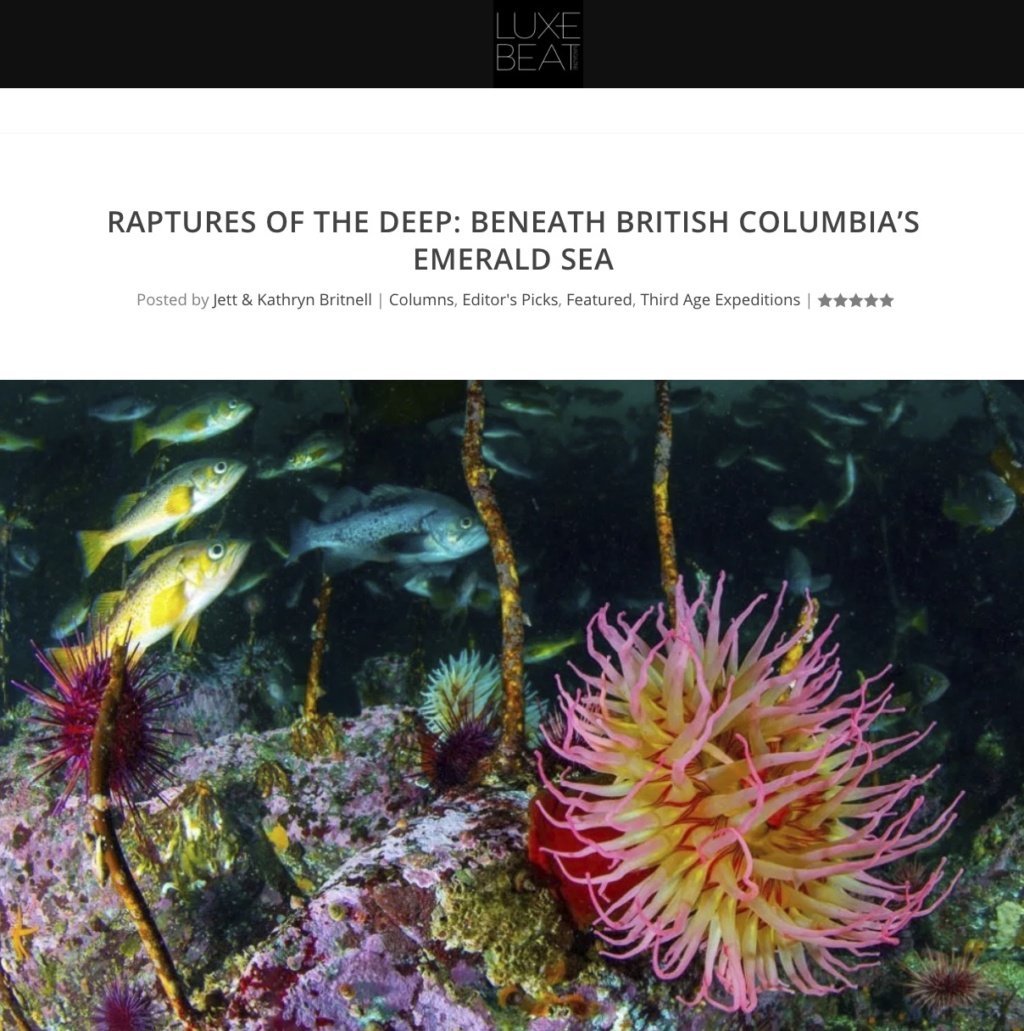 About a 20 minute drive from stately Britnell Mano

A great preservative against angry and mutinous th

“Ancient Egyptians believed that upon death they

Manacled sculpin on bull kelp during a night dive

"A nudibranch that walks on water?" Clown nudibran

In some situations, size does indeed matter! #un

Distraction: a thing that prevents someone from gi

One of our stories “Polar Cruising Norway’s Ar

"I drink Champagne when I win, to celebrate…and

The "original" Vancouver Cocktail. For the last m

Our New Year's Eve hope.... May the coming year

“ I know that every good and excellent thing in

Somebody was a good boy this year! ❤️ #hofner

“Our human compassion binds us the one to the ot

On Dec 7th at the vet’s office Zorro weighed 13.